This study was undertaken to assess the well-being of children living in disadvantaged communities. Information with respect to children’s self-perception of their well-being was collected. This information serves multiple purposes. It allows us to establish the children’s own view of their strengths, their perceived deficits and most particularly their needs. It also provides us with some indication as to the type of resources and interventions these children might require and allows us to identify the optimal time to introduce these resources.

The findings produced in this study indicate that children living in these areas of disadvantage prove to be highly resilient. They hold a high perception of their well-being and demonstrate a level of academic performance compared to their peers. However, certain areas of concern were noted. These include emerging behavioural difficulties for children in the 4th class and emerging social maladjustment challenges for children in the 6th class.

The study involved data collection from three different sources. In the first phase of the study, the children, their teachers and parents each completed a questionnaire assessing various domains of the well-being of children. A measure of resilience was added in the 2nd phase of the study in order to evaluate the possible interaction of and between the children’s self-concept and resilience.

It is generally known that children in marginalised communities are exposed to a series of adversarial challenges in their environment which impact their development, ultimately resulting in poor outcomes. The evidence, as provided by the current study, challenges the assumption of poor outcomes for children based merely on geographical location or exposure to aspects of demographically disadvantaged areas which have been identified as problematic. 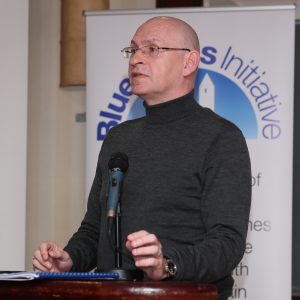 It is hoped that conclusions drawn from the findings will initiate and reframe the current dialogue in relation to well-being and disadvantage. It will contribute to our understanding and highlight the complexities relating to the use of ‘deficits’ versus ‘strengths’ models in the discourse and analysis of children’s actions, perceptions and interactions with their environment. 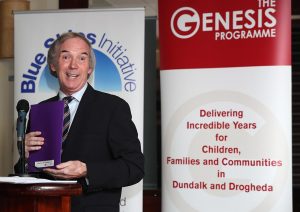 At the launch of the ‘How are they doing?’ report was John Lonergan

Manage Cookie Consent
To provide the best experiences, we use technologies like cookies to store and/or access device information. Consenting to these technologies will allow us to process data such as browsing behavior or unique IDs on this site. Not consenting or withdrawing consent, may adversely affect certain features and functions.
Manage options Manage services Manage vendors Read more about these purposes
View preferences
{title} {title} {title}